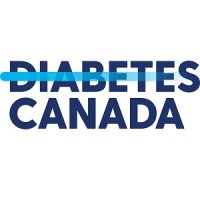 (Born Viau) Of Rockland, Ontario, passed away on Monday, January 16, 2023, at the age of 94. Beloved wife of the late Roger Prevost, the daughter of the late Joseph Viau and the late Yvonne Beaudry. Cherished mother of Michel (Denise), Louise (the late Jean Beauchamp), Pierre, Daniel (Ginette), Nicole(Josée) and Gaëtan;  grandmother of Etienne, Mathieu, Marie-Josée, Dominic, Mélanie, Tania, Cedric, Martine, Mélina and great-grandmother of 14 great grand children’s as well as her nieces, nephews and friends. Predeceased by her brothers and sisters, Hercules, Gérard (the late Jeanette, Jean-Paul (Rose),  Claude (Carmen), Alban (the late Hélène), Marcel (Réjeanne), Rose-Alice, Diane (the late Alcide Lemay), Rita (the late Gene Ouellette) and Marie-Jeanne (the late Marcel Levesque). The family would like to thank the Manoir Rockland, the Champlain Health Network and Hawkesbury General Hospital teams for their excellent care and compassion. Donations may be made to the Hawkesbury General Hospital Foundation, https://hgh.ca/foundation/fr/and the Diabetes Association (button below).

Funeral service will be celebrated at a later date.

Condolences and Donations to

Funeral service will be celebrated at a later date.

Message of condolences for the family of the deceased

(If applicable) Instructions for making your donation: